Before removing article 370 and 35A, Put leaders like Mehbooba Mufti, Omar Abdullah, etc into jail. Otherwise, they are going to create nuisance in the valley.

Both these parties lead by Mufti and Omar are the worst examples of dynastic Politics. They just want that blood of an innocent Kashmiri should flow in the valley because if that doesn’t happen then how they are going to play politics in the valley. They are directly responsible for the current situation of the valley.

First of all, BJP should not have an alliance with PDP. When PDP or National conference is out of power they will chant “Pakistan Zindabad” and when they are in Power, they will say “Hindustan Zindabad”.No need to appease them anymore. Put them into Jail.

Apart from Valley Muslims, Jammu has a predominantly Hindu population while Ladakh has a mix of Buddhist and Muslims. Then you have the Gujjars & Bakarwals. Why is Article 370 detrimental to the full integration of J&K state into Indian Union. Firstly the Central Govt can make laws only with concurrence of the State govt, practically giving it the Veto power. Article 352 and 360 for declaration of national and financial emergency respectively cannot be applied in Kashmir.

While a citizen of India has only Indian citizenship, J&K citizens have two citizenships. Anti Defection Law is not applicable to J&K. No outsider can buy property in J&K state.

The beneficial laws such as Wealth Tax, Gift Tax & Urban Land Ceiling Act and intermarriage with other Indian nationals do not operate in J&K State. Even Article 356 under which President of India can impose his rule in any state cannot be enforced in J&K without consent of the Governor. 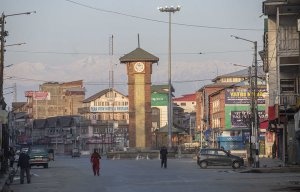 We cannot run away from the fact that there will be violence in J&K.But not that much that these J&K Politicians are thinking of. Indian army will control the situation. But if 370 & 35 A will be removed it will give justice to the victims of Article 35A. These are:

-The women of J&K who choose life partners from outside the state and in doing so, lose the right for their progeny to be state citizens.

-These are the migrants from West Pakistan who came in 1947 and settled in Jammu Division.

-They are the victims of partition who still languish and long for justice.

-Kashmiri Pandits and Sikhs who were forcibly pushed out of Kashmir Valley.

-Families displaced due to regular firing along the Line of Control (LOC) with Pakistan.

-These are the Balmikis, the safai karamcharis who have no hope for their children other than to remain in this profession, regardless of the academic level of accomplishment achieved by them.

-These are the Gorkhas of J&K, who have lived here since the 18th century and are denied citizenship rights till date.

-The people of Ladakh who have to live at the mercy of the Kashmiri administration.

Such abuse of human rights must end in a free and democratic India.

The common people of Jammu Kashmir, the poor, no one is benefitting from Article 370 or Article 35A—whether they are Hindus or Muslims. It is only vested interests, the elite, who have been benefitting from these provisions. So called ‘experts’, such as A. G. Noorani, are misleading the people by advocating for Article 370.

It is time to repeal Article 370 and Article 35A. There will be violence instigated in the Kashmir Valley when the nation takes recourse to such action, but that cannot, and must not, deter the state from preserving the right to equality, enshrined in the Constitution. If it leads to a long and bloody struggle to preserve the basic character of the Constitution of India, then we, the people of India must go through with such struggle. We must remember that in the USA, the North went to war with the South, over the issue of human rights and AbrahamLincoln won the day. For the good of the people of India and for the residents of J&K, Article 35A must be repealed forthwith as it will pave the way for the development of the state and its total.

I hope Amit Shah will take action on it because “Jaha Shah hai Waha Rah Hai.” 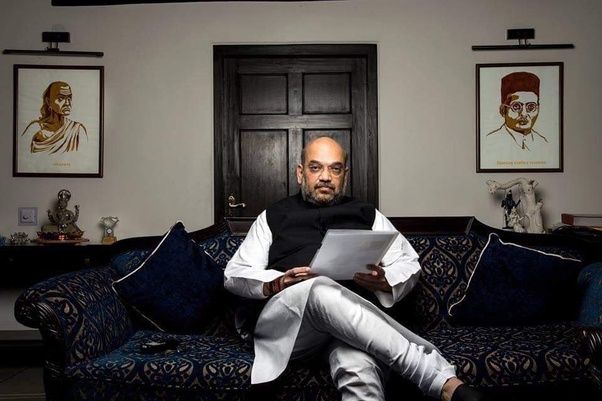 Landlord Murdered In Shopian After Scuffle Over Drug Abuse